It is THIS YEAR!

And just like that 2019 rolls around and it is THIS YEAR people!
THIS YEAR I will be representing Australia.

I will be an Australian athlete.

That sounds hilarious. And daunting. And every emotion in between.

We kicked off the year with more fundraising. It is harder than I thought! I had thoughts that 20K wouldnt be so hard to come by. So we spent New Years Day down at Bunnings holding a sausage sizzle. My wonderful husband worked on New Years Eve, and then still came down the next day to help out. It was hot. It was humid. But we had some laughs, and at the end of the day it was money in the bank. I spoke to a few people about the Games who had never heard of it before, and convinced a few people to think about organ donation as well as bone marrow donation. So that is a huge thing.

Training has been coming along slowly. I have a physio helping me with my breathing mechanics. I highly recommend her for anyone that is struggling with their breathing when running (or other exercise). I now have a shiny new gadget called a Powerbreathe to help train my muscles into doing the right thing and hopefully will be less out of breath when running. Coming from a heavily pre-treated background, where lung damage is part and parcel of the long term side effects, then throw in a touch of GVHD to cause some extra damage and reduction in function, has its difficulties!

My strength training has eased off a little, and we are focusing on mobility and cardio endurance for the next few months, maintaining the current strength level I have.

And I achieved something huge on Saturday. One of my mini goals when I first started this journey was to run 5km non stop by the end of the year (2018). I didn’t manage it. I had bought myself a super shiny new watch in the Black Friday sales, and it had been sitting there taunting me for almost a month. I had promised myself when I could run 5km, I get the watch.

There was nothing to do on the first Saturday of this year, but to run that 5km. I chose the treadmill as my weapon, and distracted myself with TV. And off I went. Set the pace at a comfortable speed. I felt like I was going to die or throw up by the end of it. In that order too. But you know what. I did it. I ran that 5km without stopping.

I don’t think I can recreate it outdoors yet. For some reason I find treadmills easier than outdoor running. Maybe it is the knowledge that I can stop any time and don’t have a particular distance out of sight that I have to reach.

2018 was a big year. I closed off the year with a 5km run/walk with Scott. I get the feeling he wasnt impressed. Just a hint I got, from the 15 minutes of solid complaining on the way there. 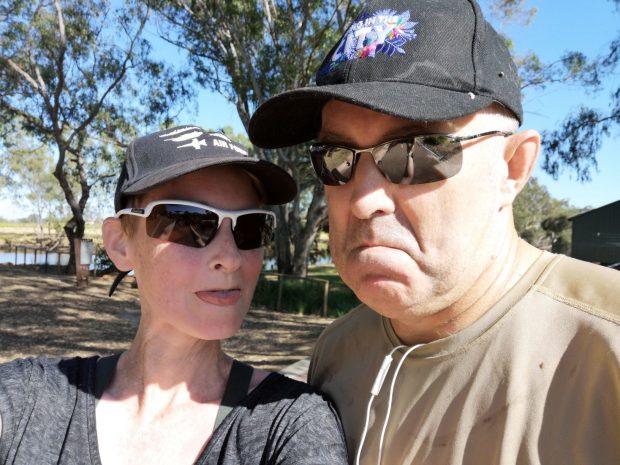 We have some exciting fundraising plans in the works as well. With the flights now booked, accommodation for the Games booked, and registration underway, we are needing a boost in funds. More details to be announced soon, but keep the 8th March free if you can! It will be very worthwhile!