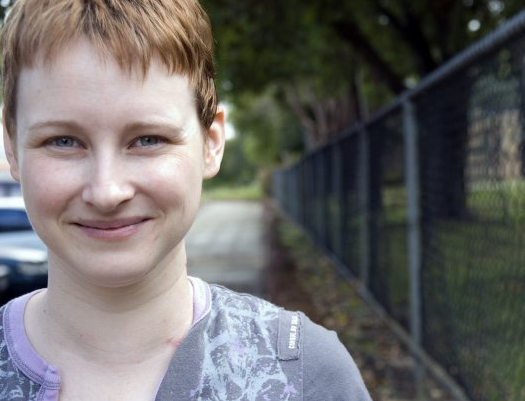 This was a hard week. Most weeks I can shake the anxiety, the pains, the memories. I knew going into this training that it would push me more emotionally and mentally than physically. I have PTSD, but a majority of the time I keep it in check. I don’t let it get the better of me. Most of the time, I use ‘all the tools in my toolbox’ (the number of times psych’s and counsellor’s have used that phrase with me!) to keep myself grounded.

With my training being for a specific purpose, the World Transplant Games, I have a continual reminder of the hard road that I have travelled. The memories are continuously floating about in my head. I have to sleep, eat and think running. Need to get enough sleep tonight as I have to get up early to go to the gym. Have to eat a good breakfast this morning, as I have to have fuel for running. So, hand in hand with those thoughts comes the memories of where I have been. I am running this to show that people who have bone marrow transplants can move on. We can achieve big things. We can represent our country in sport. We may be broken. We may have side effects that will last forever, but we can be just as fit, or fitter than your average Joe.

Most days I shake them off, I take the memory and I accept it, and I move on. The past few weeks with all the pains I have had it has been hard, but I have done it. But this week I had to have a ‘scan’. It was just an ultrasound of my liver. But scanxiety is a sneaky beast.

At the beginning of 2008, after I had the lymph node biopsy come back as positive for Hodgkins Lymphoma, I had to have a CT scan to see what was going on in my body. At the time I had thought, well, luckily we have caught it early. It was only 1 node in my neck. This will be fine. I will have the scan, they can do the 6 months of chemo, and I will be part of the 98% of people that are cured with frontline treatment.

The pic above, was taken the day I went for the CT scan. The scan showed that the cancer was actually a lot more prevalent than I had thought. Nearly every lymph node from my neck all the way to my abdomen was showing signs of lymphoma. My spleen, liver and spine were also involved. It was a huge shock. But at the time, I didn’t really understand the consequences. I didn’t know how much it would turn my life upside down and roundabout.

I went wide eyed and bushy tailed almost into chemo. I had undergone a barrage of tests, and they all came back pretty bad but I was eager to get into it. The scientist in me wanted to know what it was like. I had studied chemotherapy and cell death and all the sciency stuff behind it for the previous few years at uni, and this was a chance for me to be my own experiment.

If I was one of the 98%, it would have been fine. But I wasn’t. From that first CT scan, I seemed to set a trend for myself. Doctors would say ‘ok Sonja you need to have this scan to make sure the chemo has done its thing, and the cancer has gone’. I would go through moments of sheer panic, of high level anxiety, of every damned emotion there was until I had the scan. I would tell myself that I felt fine. The scan would be clean. Of course there isn’t any more there. But then, we would get the results. I had relapsed. Again. Or even worse, I hadn’t even got it far enough to be called a relapse. The chemo had barely touched the cancer.

After my frontline treatment (ABVD), I had a PET scan. PET scans, sound fun. Even more fun that a CT scan. They give you funky radioactive glucose and then scan you to see what lights up. You want a boring scan. You don’t want anything lighting up. Cancer cells take up glucose at a high rate, and fluoresce. Every scan I had, my body looked like a Christmas tree. It was ablaze with lights. After the first 6 months of treatment, I still lit up. Just a couple of nodes, and a splotch on my liver. The liver was the main concern.

To confirm a relapse or a refractory state though, you need to get tissue under a microscope and have a good look. I went for scan after scan to see if they could get a biopsy. I had liver ultrasound after liver ultrasound to see if they could get a needle in there to do a biopsy that way. But all the ‘spots’ that they wanted to test were inaccessible. My cancer had decided to stick close to blood vessels. The lymph nodes showing signs were all huddled around my aorta. So you can imagine, there is no way they wanted to poke them full of needles. To surgically remove them would be a huge operation as they would have to shimmy all my organs out the way to get them. That wasn’t an option.

I entered a cycle over the next few years of ‘watching and waiting’. I would have a scan, see how it had progressed, see nothing could be done. And I would wait. A few months later, we would go through the same process. I tried to tell myself they were obviously wrong. There was nothing there, or we would have answers. I graduated uni, I got a fantastic job. I tried to get on with things.

Flash forward a few years. It was mid 2012. 4 years worth of scans. And again, I had a PET scan part way through my chemo cycles. I had gone through all the usual ‘scanxiety’ prior to it. The hardest thing about lymphoma, is it is silent. I felt fine. I was still undergoing chemo, so granted I actually felt pretty damned awful. But the only sickness I felt was from the drugs. The lymphoma itself never caused me any issues. I went for my scan, and it came back with three magical words. Complete metabolic remission. I had never had those words before. They were the words that meant I could go ahead with the stem cell transplant. Without those words I wouldn’t have been cleared. They would have had to work out a new plan. The search for a donor would have continued, but they wouldn’t have been able to make me a MUDBlood.

That was the first good scan I had had. Since then my scans have all been clear. But that scanxiety doesn’t fade. I had a few scans following transplant to ensure that remission had held. After a couple of years though, I made the decision to not do any more. We had enough signs that the cancer had gone. And the stress on my body and mind just wasn’t worth it.

One month ago, I went for my normal check up at the haematologists. I saw a different doc this time. She looked at my liver enzymes and thought there may be another answer other than GVHD. All the other times my liver enzymes have jumped up a bit, it has been put down to GVHD and they have increased immunosuppression. Over time, the levels have come down, then they may hover a bit, then go up, then go down. There doesn’t appear to be any rhyme or reason to it. So the doc suggested a liver ultrasound to see what is going on. See if there is any other possible cause for the wonky liver. She didn’t know, of course, how much I am petrified of scans. But I agreed to it as I know that whilst I don’t like them, it needed to be done.

So the past 2 weeks I have been a whole bunch of stress. I haven’t been able to focus. I have been tired, sleep hasn’t been easy and when I have slept, bad dreams usually have filled the time. My training has been ‘off’. I just haven’t been able to push myself as hard. I had a huge achievement on Monday night, and I ran 1km non stop. I was filled with excitement and happiness. Then Tuesday morning I woke up and was filled with dread. What if the liver scan shows that it is back. What if all this training will be for nothing and I will have to stop. What if. So many what if’s.

I made it through yesterday. I felt so very anxious, scared and all those emotions all over again. Worst of all, I had to fast for the scan. 6 hours of no food! On a busy day I would probably go more than 6 hours without food and not even think of it but of course, tell me I cant eat and I go stir crazy.

We went off for the scan, and as it turns out, it wasn’t all doom and gloom. The scans showed my liver looks fine. I have gallstones. So it is possible that it is that causing the issues with my liver. Gallstones send your liver enymes wonky when they prevent normal bile flow. I will speak to the docs next week, but as far as I see it, the liver enzymes cannot be used to predict GVHD necessarily as it may just be showing effects of the gallbladder. I am not sure what we will do about the stones. I get pains occasionally so I had already suspected gallstones, but they aren’t causing me enough pain or symptoms to go through the surgery yet.

I came home last night with every intention to get on the treadmill and have a run. But I just couldn’t bring myself to do it. I was exhausted. I could feel the adrenalin, the cortisol, all those stress hormones, washing out of me. So I will take it a little easy. Give myself a little time and space. And then get back into it in a better headspace.