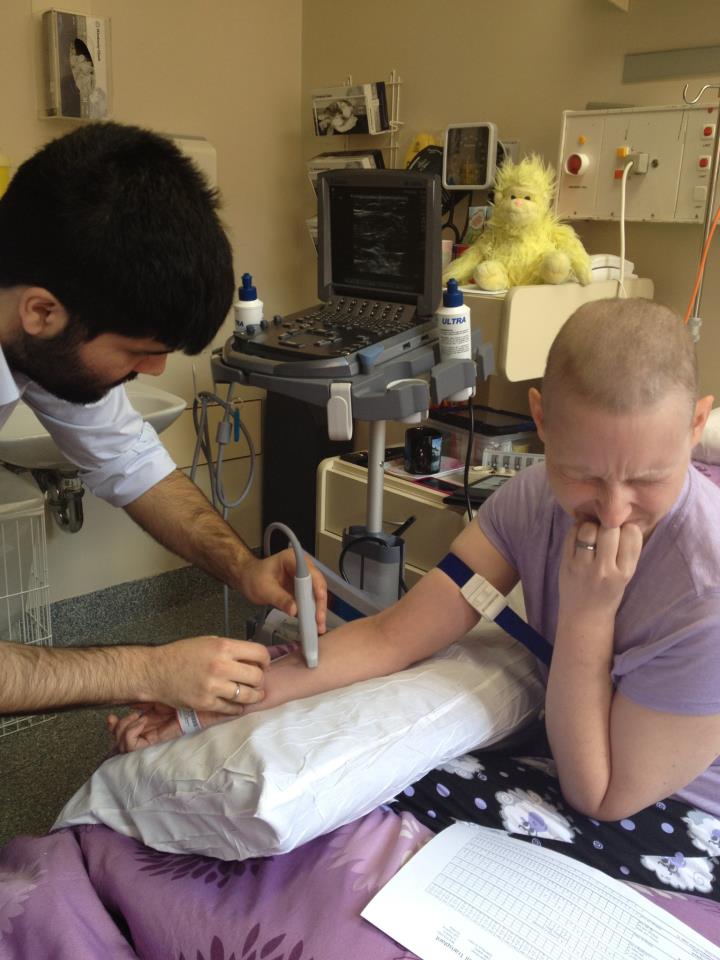 October is both a month to celebrate and a month I wish I never had to remember.

In October 2012, I received my stem cell transplant from my donor. I do not know his name, or anything about him really. He is male, was in his mid 30’s at the time, and Italian. His blood type is the same as mine, O +. And he is possibly allergic to penicillins. I say possibly, as I am now allergic to them and wasn’t previously, so it has appeared from somewhere along the line.

I will be forever grateful to this unknown man, who gave me a new immune system, new bone marrow, a tendency towards salamis and cheeses and talking with my hands. But the main thoughts when I think of that time, are ones of pain, fear and worry.

Towards the end of 2011, when I was given the news that I had relapsed yet again, I was broken. We went on a whirlwind tour of doctors around the country to see what treatment options were available to me. We contemplated the possibility of moving to Europe, to receive a new immunotherapy drug that we couldn’t get hold of in Australia. I am happy to say that the drug is now available in Australia and costs a whole lot less than the $250,000 it was estimated for a course a few years ago.

My only realistic hope was a stem cell transplant. The decision did not come lightly. The doctors had stopped giving me the percentage of patients who have an ideal prognosis. We had gone beyond that point. The odds were stacked against me.

Stem cell transplants, and bone marrow transplants in general, are tricky beasts. They have the ability to cure. They can give someone a life that they would never have had. But they also do come at a high price. Many people refuse the treatment as the risks are significant. Not only do you lose your body’s defence to fight infections with the loss of your immune system whilst the new one takes over, but you put yourself in the firing line of attack. The new immune system (the graft) can attack your own body as well as foreign entities (eg bacteria). It is just doing its job. But this is where graft v host disease (GVHD) gets complicated. You want a little. You want your body to recognise cancer cells and destroy them. That is a good thing. But you don’t want your new immune system to wreak havoc on your own organs. I have mentioned my own issues with GVHD, and mine have been very mild. Having an allo (the shortened version for allogeneic, or donor stem cell transplant) also can prevent you from participating in many clinical trials. These trials may prove to be the drugs that cure you. I know of many people who have chosen the clinical trial route over an allo, and walked away in remission. At this point in the game, it is almost you are damned if you do, damned if you don’t.

Back to the topic at hand. October. It sucks. I start seeing pictures come up on my Facebook ‘memories’. I wish there was a button that says ‘don’t ever show this as a memory, it isn’t something I want to remember’.

But then again. It is those memories that drives me. That stokes that fire inside. The memories of those friends who did not get this far. Those thoughts of friends who are still battling. I wont mention names, but one friend in particular who went through the gruelling transplant process, but relapsed and is now fighting again for his life. My automatic reaction is I don’t know how he does it. But I do know. Not to the extent he does. But it comes down to this, you don’t have a choice. You just do it.

It is because of the hardships I have faced, that I am the person I am. It gives me the opportunity to compete in an international competition. To represent Australia. It gives me a chance to prove the doctors wrong. When I was told that I would probably not be able to be here today, I proved them wrong. When I was told that we would probably not be able to have children, that we were using the last embryo, that would probably not survive the thawing process, we went on to have Erica. She proved them wrong and she is here to provide my motivation when I need it.

To be able to run is more than I ever thought possible. So as hard as it is this month, I am learning to accept it. Learning to embrace it. I set myself up with a run coach this month as I knew that of all the months, this would be the hardest. So, I have my personal trainer, Josh, who is monitoring all of my strength training and mobility work. Ensuring that I gain ground but not push too hard. And now a run coach, who will put me through my paces so to speak.

I am determined, I have my fuel, and I have my coaches. And I have some of the brightest and most visible compression socks ever made. 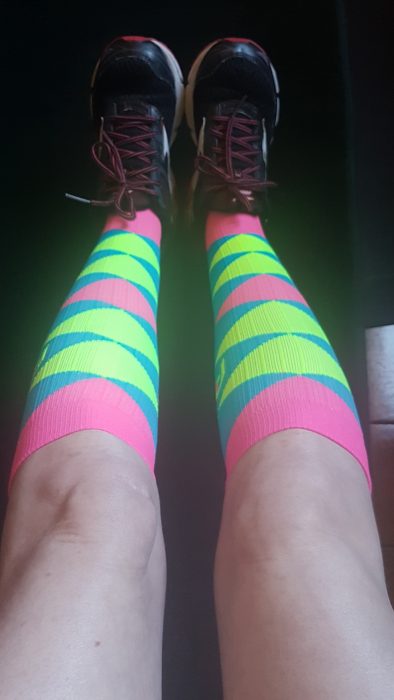 All I need now is a little help from friends, family and the community to get me there. I feel that I have asked so many times already, but please, if you are reading this, please consider donating. Every dollar helps. And more than $2 is tax deductible. So, you are helping yourself as well! Also, please tell everyone you know. Tell them about this girl, who was told she would more than likely not live to be 40, who would never have the fitness level to be able to run. Who, after a transplant that left her damaged, was told that she is potentially cured, but will live with chronic illness for the rest of her life. This girl who is now training to compete in an international athletics competition. This girl who wants to show the world the power of donating life. Tell them to send her messages of support, to tell their friends, to jump on the bone marrow register, to donate to her training fund.